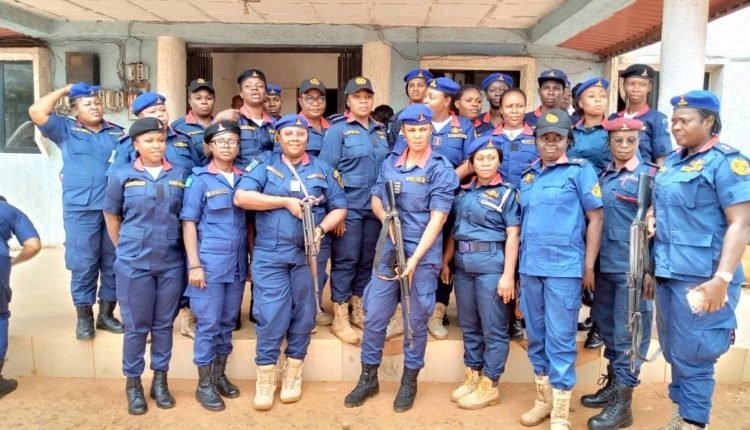 The Anambra State Command of the Nigeria Security and Civil Defence Corps (NSCDC) has launched a special female squad to protect children from any form of attack in schools across the state, ANAMBRA PEOPLE reports.

The press statement issued by the Public Relations Officer of the Command, DSC Okadigbo Edwin said that the special female squad is aimed at improving security consciousness amongst school children especially those in the interiors of the state in order to guard against vulnerability and unsafe school environments.

The statement reads, “In fulfilment of the charge given to them after the train- the – trainer capacity building programme at the National Headquarters Abuja and in a bid to further reposition the Special Female Squad of the Command for better performance.

“Anambra State Command Female Squad representatives at the Abuja training have organized its training workshop for the entire squad with the theme, “Strategies For Sustainable Safe School in Nigeria ”.

At the event held at the State’s headquarters, Awka, the State Commandant, CC Isidore Chukwudi Chikere, represented by Deputy Commandant Francis Obinna, Head of Private Guard Companies Department, (PGC), in his keynote address, stated that the training will be a paradigm shift from primordial ways of training personnel to a more acceptable practice aimed at inculcating safety consciousness as they embark on the task ahead which is the protection of school children against any form of attack.

He challenged participants to listen to the various topics lined up for the training in improving proficiency in the safe school initiative programme.

DC Nnadi added that the training should be seen as an interactive forum designed to engage and strategically reposition the female Squad to carry out its duties as expected.

“The unwavering effort of Dr Ahmed Abubakar Audi, mni, the Commandant General at having a well-equipped workforce and an excellent special unit is worthy of commendation, hence I would also enjoin you to see your training as a golden opportunity to acquire more knowledge and skills and it is high time every one of us moves from a fixed mindset to a growth mindset that teaches positive attitude, discipline and contentment and dedication to duty”, he concluded.

In her speech, the commander of the Female Squad, DSC Ngozi Okoye, elaborated on the aims and objectives of the special unit saying the Train-the-Trainers workshop exposed participants to skills that will help deliver engaging and compelling duties in improving the security around schools.

According to her to whom much is given, much more is expected, therefore she urged the participants to see the training as a think-tank meeting to chat about a new course of action for the safety of students through activities mapped out for it, especially in the sensitization to all the schools in the state, engagement of relevant stakeholders through courtesy visits and familiarization tours.

In her lecture presentation which centred on topics such as; tackling threats to the safe learning environment, major security challenges in schools, access control systems and the role of stakeholders in schools, she made it known to participants that the squad will soon embark on visits to schools across the State for training and enlightenment of students on the need to be security conscious, security preventive measures to take as students and how they can report to appropriate security agencies when in danger.

While seeking the full cooperation of all the participants, the female Squad Commander added that the training has created an avenue to engage one another and brainstorm ideas and plans aimed at redefining the essence of the creation of the unit.

At the end of the training, participants expressed their satisfaction and appreciation to the Commandant General for setting up the female Squad, pledging to key into the wonderful initiative of having a threat-free school learning environment. “