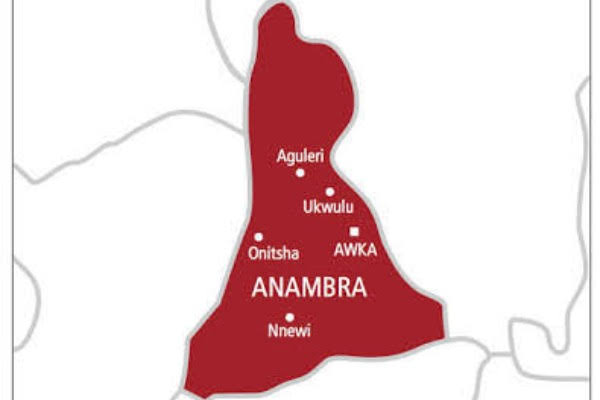 History has been made in Awka, the capital city of Anambra State where a 16-year old American-based Chukwuemeka fondly called Chu Chu Anueyiagu distributed 650 treated mosquito nets in addition to award of scholarships to hundreds of primary school pupils, ANAMBRA PEOPLE reports.

The beneficiaries of the philanthropic gestures were on that faithful day anxiously waiting for the arrival of their benefactor having been earlier informed of the distribution exercise.

Udeozo Memorial Primary School, Amenyi, Awka with a population close to 1,000 pupils is located at All Saints Catholic Church, not quite far from popular Aroma Junction through which you can get to Government House and the Governmentment Secretariat, Awka.

The primary school, Udeozo, is one of the biggest of its kind in the Awka capital territory which had trained so many prominent Anambra people and beyond including politicians, lawyers, technocrats, those in forces, business men and women.

As the benefactor arrived, represented by Miss Chinwe Anueyiagu with the consignment to be distributed, classes stopped abruptly and the students started trooping out from their classrooms with their teachers, all in a joyful mood.

Further inquiries on why the pupils and teachers attached so much importance to the treated mosquito nets, it was discovered that many of the pupils had suffered malaria attacks caused by mosquito bites within the vicinity.

In an inquiry,  it was also disclosed that some of the pupils had missed classes for days due to malaria attacks, a situation that has caused a setback to some of them.

Before the distribution started, the children were ordered in queues as the entire school burst in worship songs.

Commenting on the gestures, Headmistress of the school, Mrs Ngozi Oti said both the pupils and the entire school management were excited.

She said that was the first time the school had been remembered in that way with treated mosquito nets and scholarship award.

“We are excited. God will bless him and his foundation. He has paid school fees for twenty five pupils and promised he would continue like that annually.

“The scholarship would be well utilized according to his expectations. There are two of our pupils whose parents had accidents those pupils would be among the beneficiaries, ” she said.

Representative of the benefactor and a member of his family, Chinwe said many members of the Anueyiagu family had the primary school as their alma mater which was part of the reasons, she said, Chu Chu decided to show them love.

“His Dad was a product of this primary school and all other members of the family. He is in US and this is the maiden edition of this gesture to the school. He will continue like that every year. I would like the pupils to pray for him. We know later in life some of the pupils will do what Chu Chu is doing today, ” she said.

Some of the teachers including Mrs Isiocha Anthonia and Mrs Agbakogu Ifeoma were full of joy as Chukwuemeka remembered their school with the gift item which every pupil and teacher in the school received.

They prayed God to continue to bless and protect the donor.

The pupils were not left out in thanksgiving. Chikeluba Tansi, Samuel Okoye, Udi Deborah and Ibekwe who represented other pupils thanked God for the donor and wished him well.