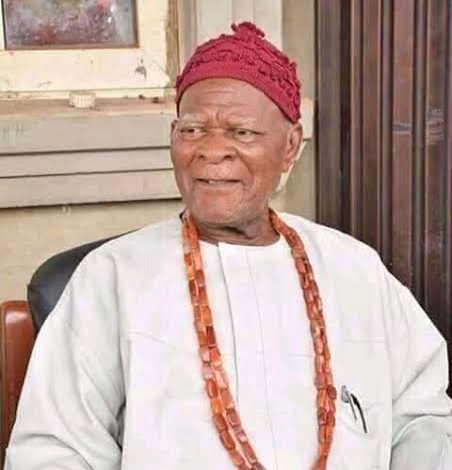 Happy Birthday To The Longest Serving Monarch in Igboland.

He was enthroned as the Obi of Otolo and Igwe of Nnewi on 6th February 1963 and was coronated on 2nd June 1963. He succeeded his father Igwe Josiah Orizu II, his grandfather Igwe Orizu I, and great-grandfather Igwe Iwuchukwu Ezeifekaibeya.

Igwe Kenneth Orizu was born by a woman called, Udeaku. She was married from Ibughubu Village in Umuchu, Aguata Local Government Area, Anambra State. Udeaku, the Mother of Igwe Kenneth died one week after she gave birth to him. Igwe Kenneth was taken care of by a foster mother, feeding on breast milk and coconut milk. Kenneth Onyemaeke Nnaji was the only son of his mother.

The former President of Nigeria and the first Nigeria Senate President, His Excellency, Dr. Abyssinia Akweke Nwafor Orizu is an uncle to Igwe Kenneth. Dr. Nwafor Orizu is the 5th son of His Royal Highness, Igwe Orizu 1 (Eze Ugbonyamba), as such, he is a brother to Igwe Josiah Orizu II, the father of Igwe Kenneth Orizu (III).

Igwe Kenneth Orizu was the first Nigerian Monarch to abolish the Osu caste system, thus making everyone in Nnewi free-born.

Against all odds, Igwe Kenneth Orizu has kept all the communities in Nnewi united. Nicknamed the “Peace General” he has made alot of sacrifices just to maintain stability in the town. During the 1985-1996 Nnewi crisis which almost tore the town apart, Igwe Kenneth took the step that saved the town from further division.