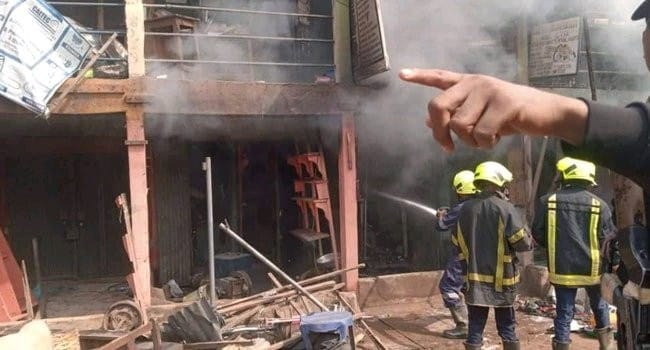 The Director of the Anambra Fire Services, Martin Agbili, has said that 80 shops were affected in the chemical market fire explosion in Onitsha Head Bridge, ANAMBRA PEOPLE reports.

This is contained in a statement signed by Agbili today in Onitsha.

He said the incident took place at the Science/Lab Line of Ogbo Ogwu Market and not the entire Ogbo Ogwu Market in Onitsha. He further stated that the fire also destroyed goods and properties worth millions of naira.

Recall that ANAMBRA PEOPLE had reported that the inferno started around noon on Tuesday when chemicals stored in one of the shops along the Progressive Science Union Line exploded.

It was also gathered that the incident led to a stampede in the heavily populated market, which resulted in deaths and injuries.