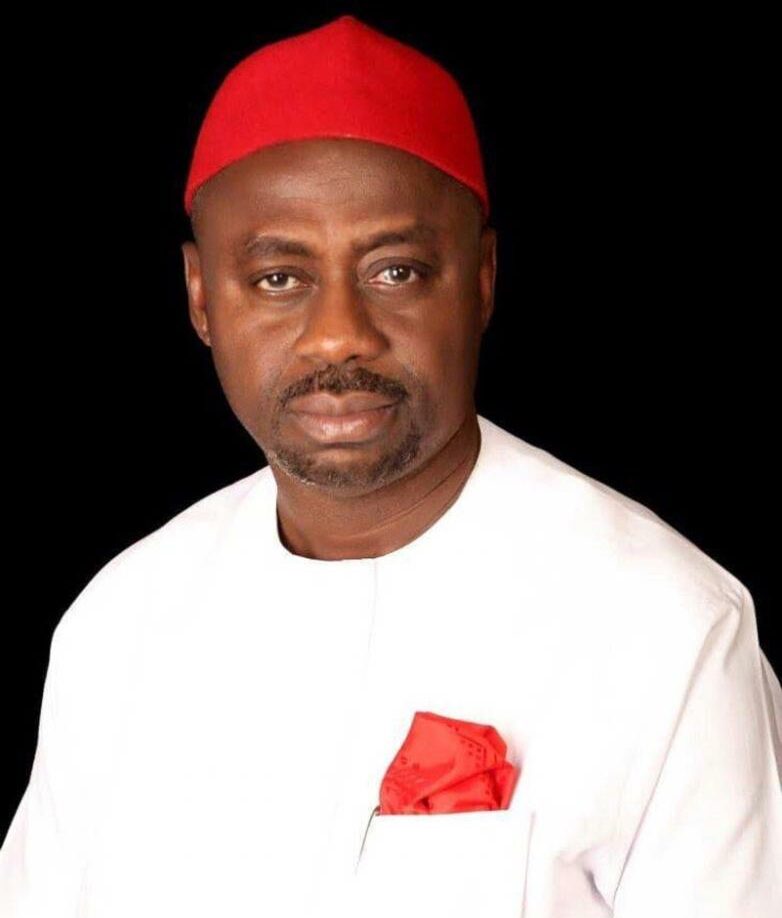 For his remarkable bridge- building leadership capacity, political astuteness, sagacity and maturity; for being an advocate of harmonious co-existence across party line, Chief Ugochukwu Okeke is ANAMBRA PERSON OF THE WEEK.

Politics without bitterness is the main ingredient in any democratic setting. Politics has to do with sharing power, making common decisions for the common good, catering for diverse interest groups and making compromises in order to live together in a harmonious society.

However, the fact that Nigerian politicians lack proper understanding of the functions of politics enumerated above, they have succeeded in making it conflictive and acrimonious.  More so, the Nigerian public sector control over 90% of the wealth of the nation making politicians struggle for power with an eye on the public till and spoils of office, not on the welfare of the people. This situation has made the terrain a battle-field and politicians deploy spiritual, physical and even financial weapons to outdo one another in the game. The resultant effect is that virtually most of the social malaise in this country has been traceable to adversarial politics.

To a large extent, good understanding of how to play politics is the mother of what we know as sportsmanship and loyalty to party ideology. A few Nigerian politicians possess this attribute and that is why our politics is full of brigandage and shenanigan. In Anambra politics, one man who has continued to espouse and live the philosophy of politics without bitterness is Chief Ugochukwu Okeke (Enyioha), former PDP governorship aspirant and one time caretaker committee secretary of PDP in Anambra state. Chief Ugochukwu Okeke is a role model politician who has played exemplary politics devoid of bitterness and shenanigans. His enormous contributions and sacrifice in politics particularly as it relates to party harmony and development is worthy of emulation.

Even as a member of PDP, he has worked for harmonious existence of different political parties in Anambra State and he is always remembered for playing politics of peace and reconciliation.

Presently the political space is evolving, with the younger generation driven and passionate about getting involved and playing politics differently, Enyioha epitomizes these yearnings and reflects these values in many ways. Politics of ideology and character; he is probably one of the few in the political space that young people can latch unto and learn the rudiments of proper politicking like it is applicable in other developed democracies.

Chief Ugochukwu Okeke (Enyioha) was born in 1970. He attended University of Nigeria, Nsukka, Enugu Campus, where he bagged a BSc honors in Banking and Finance. Upon the return of democracy to our dear nation in 1999, Chief Ugochukwu Okeke ventured into partisan politics and joined the People’s Democratic Party (PDP). In 2013, he aspired to govern Anambra State under the platform of PDP. Though his first attempt at seeking an elective post, he made tremendous impact. His aspiration and urge to govern Anambra state has even grown stronger with each passing day having identified the gaps in the system. He has also served the party in various capacities culminating in his appointment as the Secretary of Anambra State Care taker committee of the PDP in 2018.

Chief Ugochukwu Okeke is the founder and chairman of UGOCHUKWU OKEKE FOUNDATION, an NGO through which he has been reaching out and empowering so many young persons in Nigeria. Through this NGO, Enyioha have empowered more than 10,000 youth in skills acquisition and vocation training and still counting. He is a recipient of so many Awards and Honors in recognition of his outstanding contributions to the progress of the society.