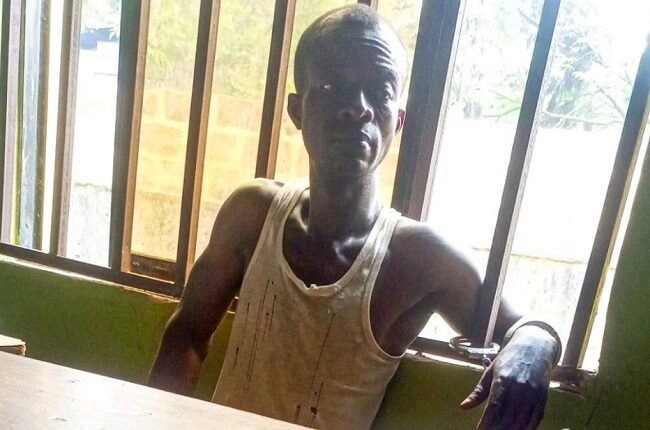 The suspect was arrested by the Police following tip-off by a whistleblower.

The suspect, currently in Police custody at the State Criminal and Investigation Department (CID), Awka, however, denied having carnal knowledge of his daughter.

“It is my enemies at work because they are envious of me. I only feed my daughter and nothing more,” he said.

Meanwhile, a medical examination carried out on the victim revealed there was defilement.

It was learnt that the suspect had been the only parent of the victim after his former wife left them many years ago.

Reacting, Commissioner for Women and Social Welfare, Hon. Ify Obinabo, pledged her preparedness to see the case through and get justice for the minor.

She decried the high rate of defilement cases in the state, encouraging everyone to, “always say something when you see something.”