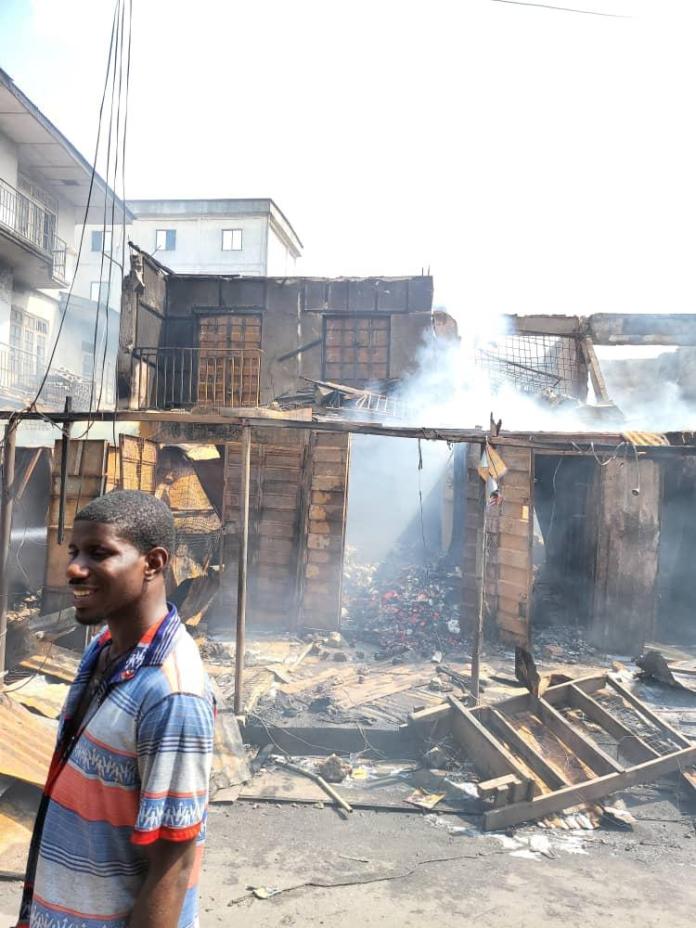 The Anambra State Police Command has revealed the cause of the early morning fire which razed many perfumes, ladies’ wears, cosmetics and wig shops on Kano Street near Onitsha main market, ANAMBRA PEOPLE reports.

The fire was said to have started at about 1 AM  and burnt items and properties worth millions of naira before it was extinguished.

DSP Ikenga Tochukwu, the spokesman of the Anambra State Police Command said the fire was caused by an electrical upsurge from a Cosmetics store in the storey building.

In a statement made available to newsmen Ikenga said: “The situation is under control on the fire outbreak that occurred in the early hours of today.”

He added that there was no “loss of life though goods worth millions of naira were affected.

“Preliminary information shows that the cause of the fire is as a result of electrical upsurge from a Cosmetics store in the storey building. Our personnel are still there monitoring.

“The Command want to use the opportunity to advise members of the public to always turn off their appliances before leaving the house and offices.”

Similarly, the Director of Fire Service in Anambra State, Martin Agbili, said that the fire had been contained.

Agbili stated: “The situation is under control; the major fire has been controlled.

“Heavy properties got burnt and lost to the fire incident because of the nature of the commodities being sold in that area, which helped in spreading the fire faster.”

According to him, the fire incident was not within the Onitsha main market; he urged residents to stop escalating the situation.