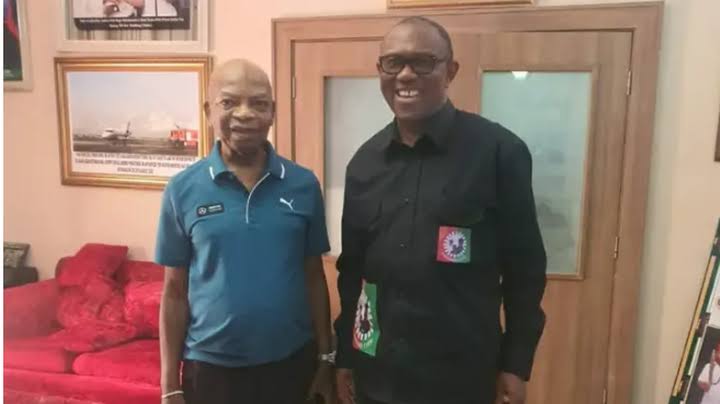 According to a report, Eze is reported to have made some remarks about Obi in the presence of Governor Charles Soludo, traditional rulers, and women groups on Saturday, December 24 on the occasion of the 2022 Ofala festival of HRH Igwe (Dr.) Robert Eze, the traditional ruler of Ukpo in Dunukofia local government area of Anambra state.

The billionaire oil mogul is alleged to have said that he was not part of Peter Obi presidential aspirations.

He said: “I warned Peter Obi to withdraw from this race but he would not listen. I told him plainly that I am not part of his plans.”

“I told him to drop his ambition, and wait for next time. “When he told me about his ambition, I asked him the states he thinks he can win in the west and in the north – he told me; but I was not convinced. I told him he cannot win; so that he would not waste his time and money.”

Pointing at Governor Soludo, Arthur Eze, whose cousin, Prince Emeka Eze, is the flag bearer of the Peoples Democratic Party (PDP) for Aniocha, Njikoka and Dunukofia federal constituency, continued: “This is the person we are tipping to take over as Nigerian president of Igbo extraction in the time to come.

We have a presidential candidate that we are supporting now. After his tenure, he will hand over to Soludo as president.”

However, a women’s group, Umuada Igbonine Home and Abroad, whose members were present at the occasion, expressed shock at Prince Eze’s comment, describing it as one made under an influence.