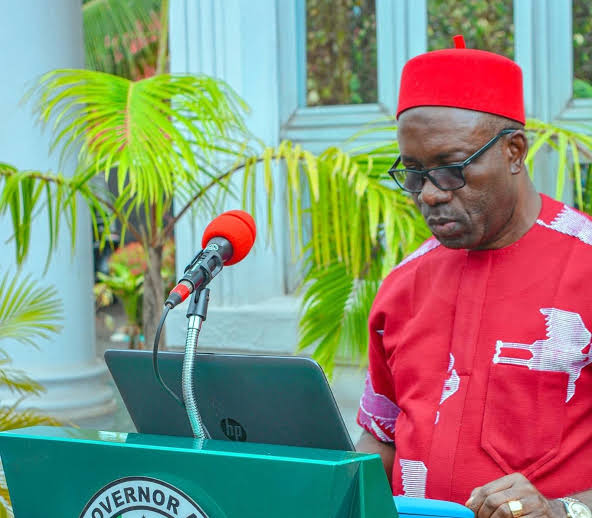 I just finished reading two articles titled “Priestly Apostasy: Why fathers of the church should worry about Ebube Muonso and his likes” and “Fr Emmanuel Obimma on the road to Ichabod” written by a presumed agent of the government of Anambra state, published on Face book. In both pieces the writer made spirited effort to discredit the Spiritual Director, Holy Ghost Adoration Ministry, Uke, Idemili North LGA, Reverend Father Emmanuel Obimma for speaking out.

Ordinarily, the two articles should be glossed over and paid no mind as they were mere waffles going by the comments of those who read them. One of the commentators wrote: “Una attack don reach Church? Soludo should be ashamed…” while the other one chuckled and wrote …surely Gov Soludo is in opposition with ndi Anambra, and his aides are not truly helping him”. It may not have mattered republishing the two comments, but it struck me as sensible to make the whippersnapper of an aide who was too eager to impress his sponsors no matter the cost to know he was not communicating.

I understand he was under orders to write what he did and would risk his job if he failed to. I was also informed that their boss has been haranguing them for not doing enough to protect his battered image. But no matter the threat, he should have been honest enough to admit to his capabilities. Dabbling into matters he has neither the mental capacity to understand nor the competence to discuss, but which he timidly accepted to do portrays him as a lickspittle. Toadyism has its reward, but it also comes at a cost. It constricts the growth space and lays waste great talents. This is beside the point.

Anambra state is going through a difficult patch. Put differently, the state is under a yoke that needs serious prayers to break free. The disposition of its leadership – the mindset does not communicate hope of a better tomorrow. It carries on with an omniscient-mentality that scoffs at advice and pays no heed to consultation. Only the mentally weak and maybe a tiny clique of the indifferent are not harassed by the declining fortunes of the state. The hope of the people has been dashed through unbridled ego and unconcealed pettiness of the Governor.

I have asked myself a number of questions. What really were the expectations of ndi Anambra when they elected Soludo as their governor? Was it for endless speeches and talking nineteen to the dozen? Was it to levy war against political opponents and to pull down others perceived to be politically more successful? Why does Soludo pick quarrels with almost everybody around, politicians, business men, academics and even clergy men? Has he any psychological problem? Why is it difficult for him to concentrate on an issue for too long? Why is his administration prone to mistakes – always putting the cart before the horse?

At the beginning of his administration, he promised to turn around Okpoko suburb. Before that time he had an abiding refrain of turning Anambra state into Dubai –Taiwan. Shortly after assuming office he committed the first faux pas. He decreed security without taking effective care. He pronounced the Monday-sit-at-home order illegal and just before a sample of the firepower of those who gave the order he ran to Kuje prison to talk to Nnamdi Kanu. But it was late. Ever since, Anambra has been a gangland state. No part of it is secure. Today a victim is killed and dismembered, tomorrow, a community is sacked and the people flee into exile. And the usual reaction of the Governor is long speech and no action. He tells the hapless citizenry a thousand and one reasons why there is insecurity without as much as offering them any solution. Today Obosi is on total lock-down like some other communities around Ihiala. The annoying thing is that he hardly visits the victims or the scene of the mindless bloodletting. To worsen the situation, he took down the street lights that help to illuminate the dark spots in the state long before thinking of replacing them with solar lights. A thinking government would act in reverse.

Next he puts the already struggling citizenry through more difficult situation. Like Rehoboam in the Bible, he put a heavy burden of taxation on the people and caused those on the borderline of want to rethink the meaning of hard work. Let it be known that in electing Soludo ndi Anambra were not unaware that the state was in need of economic and political regeneration. He was brought on board on the notion that he has better answer on how to rework things. Sadly, his only answer to the challenges which a trader Governor would have handled differently was to tax even artisans who depend on daily toil for survival.

I sometimes wonder if Soludo has advisers. Who constitutes his Exco. I have seen some of the palliative work done on roads. None of it like the many roads he awarded has any claim of good engineering. At the first rain many of them will be washed off. Many of us in Onitsha are still battling with possible outbreak of disease due to mounting heaps of refuse.

In all of this, my Governor had time to write a demeaning piece against the presidential ambition of Peter Obi after badmouthing him on Channels TV. Although Obi showed him class by declining to join issues with him, but to think that Soludo believes that Atiku Abubakar will do one term of 4 years and hand power over to him tells how naïve he can be. Bu assuming same to be true, has he finished what he is doing in the state? Has he acquitted himself to expect promotion?

Almost one year in office, Soludo is yet to point at anything his government has achieved except that he and his coterie of aides wear akwete fabrics with a cap bearing the vain inscription “Solution is here” while reveling in nocturnal bacchanalia. I will be surprised if after four years Soludo will have anything to show for the confidence reposed in him. Ndi Anambra are regretting his emergence even if nobody tells him that. He is not likely to make further progress if he does not rethink his ways. In fact, Soludo is a mistake.