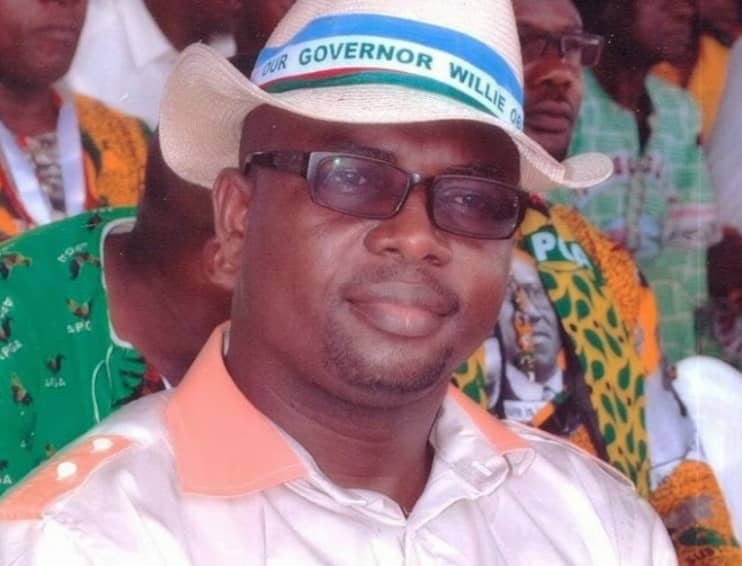 Arinzechukwu Awogu, former chairman of Ogbaru Local Government Area of Anambra, said in 2016 when he learnt of the mining activities by some foreign operators in the oil-rich area of the state, he embarked on a voyage through the mangrove swamp and forest to see things first-hand for himself.

Awogu, a  civil rights activist and senior special assistant to former Governor Willie Obiano on political matters, said, against every security advice and with determination to ensure that Anambra was not shortchanged, he braced the odds and came back with startling tales of economic exploitation of monumental proportions.

He said an oil company carefully balkanized Ogbaru communities of Ogwu-Aniocha and Ogwu-Ikpele and shared them to Imo and Delta states, respectively.

According to Awogu, who is the candidate of the All Progressives Grand Alliance (APGA) for Ogbaru Federal Constituency: “I was advised not to go because nobody goes there, but I insisted that I must risk it.

“I took off with 11 motorbikes from where our vehicles could manage to get to Otuakanta.

“We were 21 persons and of the 11 motorbikes with which I advanced into the mangrove forest only five made it to the oilfield because of the thorny and soggy nature of the pathway. At some point, we had to drag the motorbikes by hand.

“When we eventually got to the oilfield after about three hours in the forest, I saw about 35 caravans; I saw where the oil company built an helipad, where they land their helicopters. I saw drilling machines and I saw their rig.

“I saw pipes lined up towards Oguta and I saw  security operatives there and it was a very busy place covering about five football fields put together with foreigners and other staff fully at work,” he said.

Awogu said his arrival at the Ogbaru oil mining field after a tortuous journey was the first by any Anambra State government official. He said he was convinced that the community where the exploration was going on was within Ogbaru and, by extension, belonged to Anambra.

He recalled that this effort started two years before he was made chairman of  Ogbaru council and that the appointment merely complemented the effort already set in motion.

“They said to me that I was the first person coming from the Anambra State government to lay claim to the field; you will hardly believe that such a big deal was going on deep inside Ogbaru.

“I told the governor that that was the quickest way Anambra could join the list of oil-producing states. I met severally with the late Dr. Emma Egbogah on the issue and we began to escalate the matter to all authorities,” he said.

He said now that the objective had been achieved, NDDC operations will start and oil companies will undertake corporate social responsibility, which will lead to better roads, schools, hospitals, jetties, remodeled local markets, scholarships and other social amenities.

He thanked Obiano and Igwe Oliver Chike Nnaji of Ogwu-Aniocha, who was murdered in the process and his body is yet to be seen till date.

He said: “I make bold to say that Igwe Oliver Chike Nnaji is the hero of the oil status we are beginning to enjoy today, for he laid his life for it and he deserves to be remembered and the young family he left behind.

“As of today, there are more than 114 oil wells in Ogbaru LGA. Our strong disdain for bribery and compromise has finally paid off and today Anambra State is the winner with eight producing oil wells from Ogbaru in the kitty, pumping out no fewer than 500 barrels of crude oil every day, which was hitherto credited to Imo and Delta states.

“Ogbaru has become a beautiful bride and soon will be visited with infrastructural developments commensurate with her contribution to the national economy.

1 thought on “How I got Anambra into list of derivation states, by Awogu”