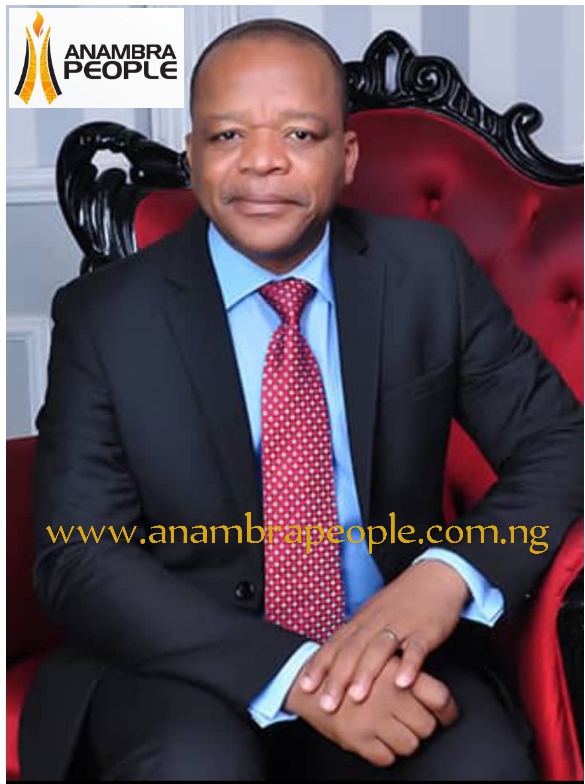 The Nigerian Senate has appointed Mr. Chinedu Akubueze as the substantive Clerk of the Senate.

Mr. Akubueze who hails from Alor in Idemili South Local Government Area of Anambra State was the former clerk of the House of Representative.

Mr. Chinedu Akubueze was born on the 11th of December, 1964. He graduated from University of Nigeria, Enugu in 1987 and attended the Nigerian Law School in 1988.

As a lawyer called to the Nigerian Bar, he had brief stint in the private practice. Between 1989 and 1990, Akubueze worked at Okey Muo Aroh & Co., in Onitsha, Anambra State. He later moved to the federal capital in 1990 and worked at Sodangi Abubakar Danso & Co., from 1990 and 1992.

His legislative sojourn began on the 9th of April, 1992 at the National Assembly Legal Services Department. In 2010, Chinedu Akubueze was posted to the Directorate of House of Representatives.

At the House of Representatives, he served as Clerk-at-table with a responsibility of taking notes during plenary and preparing votes and proceedings of the House.

In 2013, he was moved to House Committee on Rules and Business. In that committee, he was responsible for producing the order paper, notice papers, notice of motions, vetting motions, and advising on standing orders of the house during plenary.

Aside from the standing committees, Akubueze also served as Clerk of different ad hoc and special committees of the House such as constitution Review Committee in the 7th Assembly and ad hoc Committee on Review of the Standing Rules of the House.

Akubueze also served as the Director, Department of Table Duties charged with responsibility of supervising the Committee on Rules and Business. He was clerk of the green chambers from 25th November, 2020 until his appointment recently as the clerk of the senate.