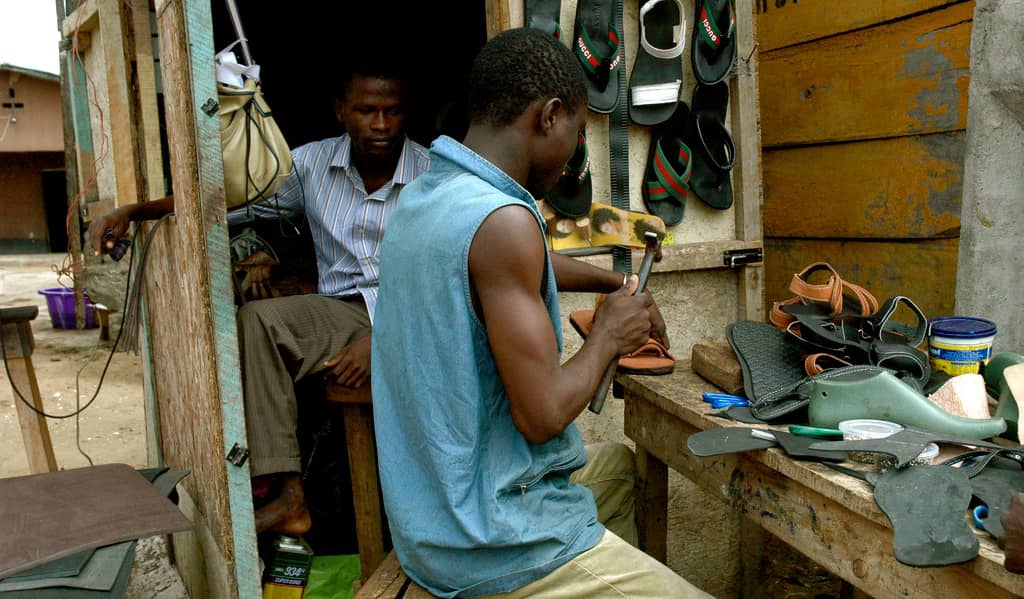 The Igbo apprenticeship system is one of the many untapped blessings the Nigeria culture possesses which the world in need of eradicating poverty can emulate from. It has been referred to as the secret of Igbo commercialism and success in trade, anchored on training of new generation of successful business people. According to Ndubuisi Ekekwe, “The Igbo Apprenticeship system is a business philosophy of shared prosperity, where the co-participants attain organic economic equilibrium, where accumulated market leverageable factors are constantly weighted and calibrated out, via dilution of market share, enabling social resilience and formation of livable clusters, engineered by major participants funding their competitors, with success measured on quantifiable support to stakeholders, and not by absolute market dominance”. It is a system that entails talent identification, creativity, mentoring, critical thinking, dedication, integrity, and learning. Unlike unbridled capitalism that stifles competition, causes inequality and entrenches poverty, the Igbo apprenticeship system is built on shared prosperity and the belief that the sky is big enough for every bird in the sky to fly. The Igbo apprenticeship system is the biggest business incubator in the world.

An American economic journalist Robert Neuwirth made a research in Nigeria and concluded that Igbos in Alaba International economic model has produced more millionaires per capita than Harvard business school or Yale. It is the biggest start up incubator in the world with fail safe system that is organic in nature, equipping the apprentice with practical business knowledge and insights. It also affords them a mentorship relationship with their bosses and saves them from costly trial and error business models that can decimate capitals. Furthermore, it is a veritable means of unemployment and poverty reduction which translates to a secure society. No wonder the South East is adjudged the safest region in Nigeria.

This system is the biggest start up incubator in the world today. It gives practical business knowledge and insight to the apprentice on a daily basis, far better than those obtained in more traditional business school, from marketing to book keeping, customer relations and access to suppliers. The apprentice learns the rudiments of business by doing them. Because the apprentice oftentimes lives with the Oga or the mentor, he also learns home keeping as an added bonus. It is an excellent example of mentorship, with training done on a more personal level, unlike formal education. The boys go through the training at a young age and become young experts on both the hard and soft skills required to run a successful business.

Because it is organically grown, it is also a way of measuring success. No one can be called successful in Igboland if he cannot name people who were lifted from the throes of poverty and established by this deliberate and conscious effort. In other words, success is predicated on one’s ability to rub off his success on his community. The model is built on making several millionaires instead of just one billionaire. It has offered many a path out of poverty and created a large number of millionaires. It is a cluster model that encourages competition and engenders sense of communality. At the core of this apprenticeship system is equity and justice, which is the underlying spiritual principle of Ndi Igbo (ofo na ogu). The Igbo man believes in “ egbe belu ugo belu” (let the kite perch and let the eagle perch equally) and “onye aghana nwanne ya” (Do not leave your brother behind). The apprenticeship system is anchored on these ancient and timeless philosophies and it is the foundation of Igbo greatness. After the apprentice has spent some number of years in the service to his master learning the tools of his trade and practical business principles, it is equitable that his master equips him effectively by providing him with seed capital for him to take off and build his own future. It is an opportunity to secure angel investment to run a business, together with continuous mentoring and direction. Even if the apprentice doesn’t continue in that particular line of business, he has already been equipped with entrepreneurial mindset and skills that build expertise that can make him excel in any other fields of business.

This economic model might just be the answer the world is looking for, the solution to reducing inequality. The frame work could be adapted and probably developed into a hybrid that can be domesticated in various climes globally.