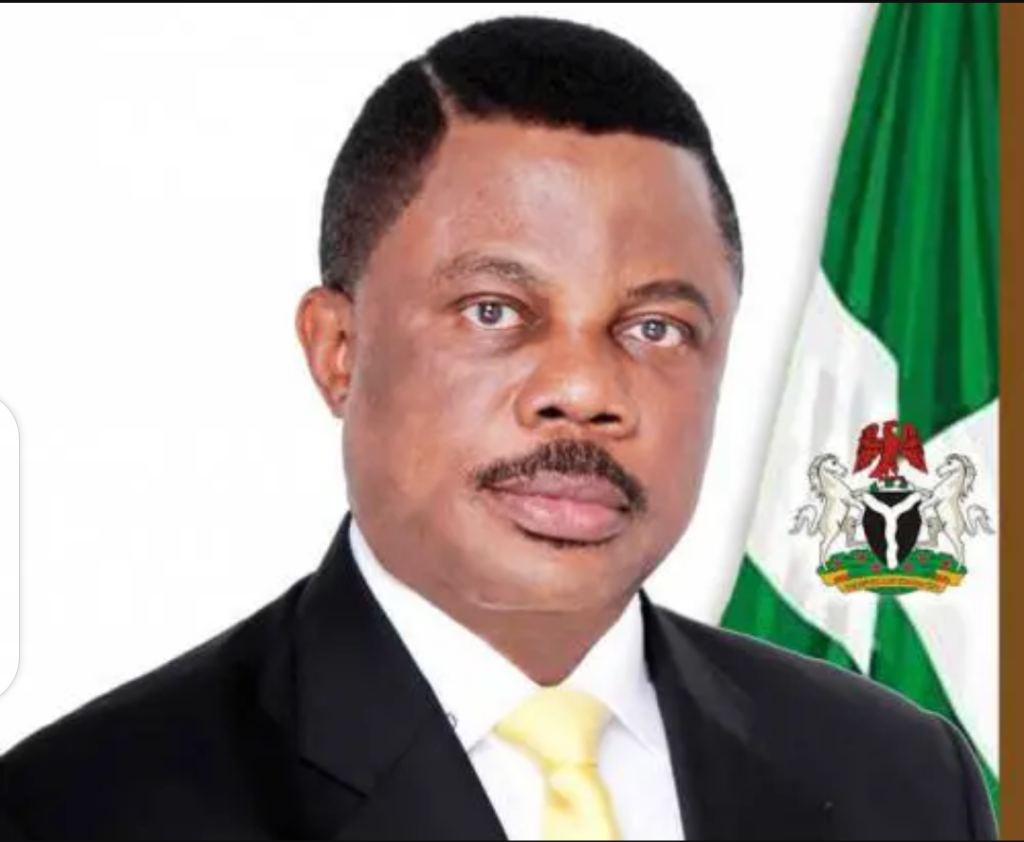 Obiano, whose tenure would expectedly end on March 17, 2022 immediately he hands power to Soludo, the winner of the State November 6, 2021 poll, said he would not be considering any other political offices in nearest future.

The governor disclosed this at his country-home, Aguleri, Anambra East Local Government Area during a parley with the executive members of Nigeria Union of Journalists (NUJ) Anambra State Council and some Ex-Rengers football veterans, after a tour of Anambra State International Cargoes and Passengers Airport and International Convention Center, respectively.

He, however, revealed that his wife, Dr Ebelechukwu Obiano, would seek the ticket of his party, All Progressive Grand Alliance (APGA) to contest for Senate, Anambra North District.

The governor, describing the Anambra State International Cargoes and Passengers Airport, and International Convention Center, respectively built by his administration as legacy projects, noted that international flights would soon commence at the airport while the international convention center would be commissioned on March 9, eight days to his exit from government.

“I am glad that I am leaving with my head-up. I had sleepless nights working to make Anambra great. I want to take a rest for the one I did. I am okay with that. My wife will be going for Senate (Anambra North)… I have executed several projects. All my projects were standard. I don’t do substandard works.

” I have 131 completed road projects, some Bridges and other infrastructural development. All these are documented. The international convention center will be commissioned by March 9. There are many Anambra people to be honoured. A book will also be lunched at the centre,” he maintained.