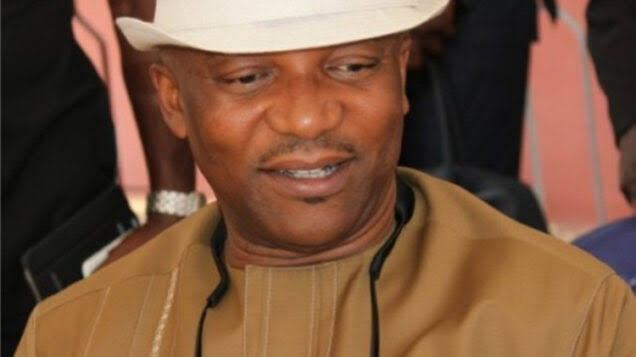 Former Anambra State Deputy Governor, Dr Nkem Okeke, says his fear for Ndigbo as it concerns the 2023 Presidency, is lack of unity.

Okeke, who was Governor Willie Obiano’s deputy for eight years, but joined the All Progressives Congress (APC) towards the end of their tenure, said APC had not zoned its presidency.

Addressing reporters on Friday at his country home in Enugwu -Ukwu, Njikoka Local Government Area of Anambra State, Okeke said Ndigbo were not united, adding that it had been the problem facing their quest for the 2023 Presidency

“You can’t get it when you have 20 names. To rule Nigeria is not easy. It’s a collective effort to make Nigeria work, a lot of people go there to steal the country blind. Insecurity has continued because a hungry man is an angry man. ”

For his party to get it right in 2023, he advocated a consensus option to select the party’s candidate, adding that it would save money and reduce rancour in the Party

“Soludo should get the security of the State right. Listen to where the problem is all about. He has gone into agriculture and industrial parks and gotten power to the people of the State

“There have been lapses in governance but whoever emerges is key to APC success in 2023. We need to get the right person, the way other parties are trying to do.”

Okeke, however, thanked ndi Anambra for serving two terms, which according to him, was a record in the State.

He hailed former National Chairman of the All Progressives Grand Alliance APGA, Senator Victor Umeh for nominating him in his first tenure and his former principal, Chief Willie Obiano for giving him the opportunity to serve.

Speaking on his experience while in office, he said It had come and gone with mixed feelings.

“I always believe in giving my best. It was not easy. It had always been my plan to join APC because I wanted national politics.

” I know many people were not happy but I looked at what the party has done in our State. I’ve no regrets joining APC and I’ve equally gained a lot within a short time.

“I knew there would be problems at the end, but I didn’t expect it the way it went . But I thank God for the way my boss came out without staying for more days. ”

Though, he said he sent a message to the new governor, Prof Charles Soludo, Congratulating him, he hailed his list of Commissioners, adding that he had picked the right persons.

Whether he was planning to contest Senatorial election in the Anambra Central Zone under the APC, he said, “I don’t have the liver and money to contest election for Senate in Central.

” And I’m not willing to go borrowing for something like that. I’m not happy with what is going on in the State now about our administration because I was part of the system,” Okeke said