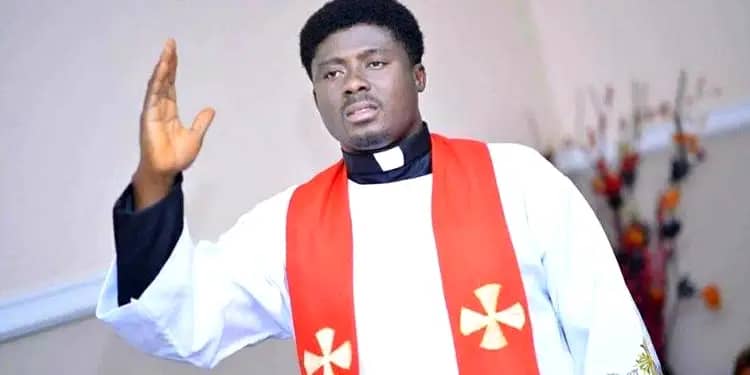 In this interview, the vocal Catholic priest speaks on the 2023 presidential election and Igbo presidency, Nnamdi Kanu, arrest of the former governor of Anambra State, Willie Obiano, by the Economic and Financial Crimes Commission, EFCC, among other issues.

What’s your reaction to ex-Governor Willie Obiano’s arrest by the EFCC?
I sense conspiracy in the entire saga. I believe that the arrest of the former governor of Anambra State, Willie Obiano, was politically motivated. The intention, to me,  is to malign his person and destroy his hard-earned image. This is what an average Igbo man is going through today in this country.

The current ordeal of the ex-governor is a premeditated plan. Willie Obiano, no doubt, has contributed greatly to the development of Anambra State. He has built one of the best airports in the country. When he was building the airport, he was mocked and sabotaged.

Many, who did not see anything good in his efforts made a mockery of him. To my greatest chagrin, the majority of his Igbo brothers joined in mocking him. They never knew that the airport would become a reality. The majority of Nigerian elites and the common people are now benefitting from the airport.

In recent times, Chris Ngige, Olusegun Obasanjo, Andy Uba, and the majority of the political elites have either landed or taken off from the airport. The majority, who fought the project is benefiting from it today. I am not trying to justify criminality or imprudence in government. What worries me is that most of the time; the fight against corruption is made to be lopsided; as if the fight were targeted at select individuals.

It should not be so. Imagine the kind of humiliation the anti-graft agency is subjecting the former governor to. How could the agency video the former Anambra number one city where he was partly dressed and went on to spread the video on the internet? This shows that some disgruntled elements are interested in humiliating him. This is a provocation, and I say no to it. If I were Willie Obiano, I would sue the agency.

The idea of releasing Obiano’s video while in the EFCC cell is a display of a lack of professionalism on the side of the anti-graft agency. Good a thing that they have arrested the officer that released the video. Let Nigerians know the said officer. Let him be punished to serve as a deterrent to others.

What does your opinion about the agitation for a Nigerian president of Igbo extraction come 2023?

There are thousands of men and women of Igbo origin, who have all it takes to move Nigeria forward. Nigeria is continually moving backwards because the Igbo have not been given the opportunity to manage the affairs of the country. Over the years, the rest of Nigeria has refused to give Igbo the chance to produce the country’s number one citizen.

Come to think of it, the Igbo man should be the best to be entrusted with the destiny of the country; because, Igbo have the greatest stake in this country. Igbo people are everywhere; at every nook and cranny of the country. They have businesses at every point around the country. They have property everywhere. The Igbo are more interested in the well being of Nigeria than any other ethnic group. It is the Igbo that has what it takes to move Nigeria forward.

If an average Igbo person can succeed with twenty pounds given to him after the civil war, he can as well fix Nigeria beyond every imagination. Agitation for Igbo presidency come 2023 is a welcome development and should be respected for the continued unity and peaceful co-existence of the country.

The agitations you witness today across Nigeria, including that of Indigenous People of Biafra (IPOB) and others, are a result of injustice and lack of equal opportunities. If injustices in this country are addressed, some of these agitations will die down. The South East is the only geopolitical zone that has not produced an elected president of this country.

It is sad. I will urge South East elders and the political class to rise up to the challenge. They should speak up. This country belongs to all of us, and the continued marginalization of a particular ethnic group in the politics of their own country is not a welcome development.

What do you think will be the general feeling in the South East if Igbo were denied the presidency in 2023?

If Nigeria wanted equity, fairness and justice, Igbo stock should be given a chance in 2023. Continued denial of the Igbo to produce a president has been the reason behind the agitation for the Sovereign State of Biafra. The last time an Igbo person found himself in the corridor of power was more than forty years ago when Alex Ekwueme was Vice President under Shehu Shagari.

Since then, no Igbo man ever had the opportunity. I want to warn Nigeria that there is an extent one can be pushed to the wall. The Igbo have been pushed to the wall. They have endured humiliations and marginalization in a country they fought so hard to get. If Nigeria were a country where justice and equity thrive, an ethnic group like Igbo cannot be begging to produce the president of Nigeria.

A Nigerian president of Igbo extraction in 2023 is very germane for a number of reasons, including the need to douse the present political and socio-economic tensions that have already enveloped the country, as a result of the perceived marginalization of Igbo people in the country they fought hard to get. If there is truly one Nigeria, let there be a zoning system, where one ethnic group will take a shot at the presidency after the other; otherwise, the maxim of one Nigeria will be seen as a scam. Let there be equity and justice.

What is your advice to political parties as regards making the 2023 Igbo presidency realizable?

My advice is that political parties like the Peoples Democratic Party (PDP), the All Progressive Congress (APC), and others should consider a South Easterner for their party tickets. They should consider nominating an Igbo person of the southeast extraction as their flag bearer. Igbo politicians in different parties should also do internal lobbying within their parties.

Southeast politicians should also extend their handshakes beyond Niger. Since an Igbo man is making effort to serve as president of Nigeria, Igbo politicians should build friendships across the board. They should form political alliances. Voting Igbo man as president in 2023 is a sure step to a greater Nigeria. Nigeria is not yet where it should be politically and economically because Igbo have not been given the opportunity to fix it.

What is your view about the continued detention of Nnamdi Kanu by the agency of the federal government, DSS?

The continued detention of Nnamdi Kanu is uncalled for. He is a human being and needs to be heard. Since he was detained at the facility of DSS, the court has not heard his own side of the story. His continued detention without any court pronouncement, and without being granted bail, is not a welcome development. It is high time Igbo politicians and elders spoke concerning Nnadi Kanu, as well as the injustice being meted out on Igbo people in present-day Nigeria.

I am worried that Igbo politicians and elders are not vocal about Nnamdi Kanu’s ordeal; rather, they are hiding their voices under the table. Nnamdi Azikiwe would rather say, “try to achieve something in this world before you die, so as to justify your existence on earth.” For me, the continued detention of Nnamdi Kanu is barbaric and uncalled for. Enough is enough.

A man who is found with no gun or any weapon should not be subjected to such torture without being heard. I will, therefore, urge the federal government to invite Igbo elders and political elites, and release Nnamdi Kanu to them. Let the FG release Nnamdi to the Igbo elders so that they will bring him back home for a roundtable dialogue.

What is your advice to the Nigerian youths?

The only worry is that the political leadership has not given them the opportunity and enabling environment to develop and showcase their potential and talents.

Despite this, they will endure. God has good plans and a brighter future for the Nigerian youths.