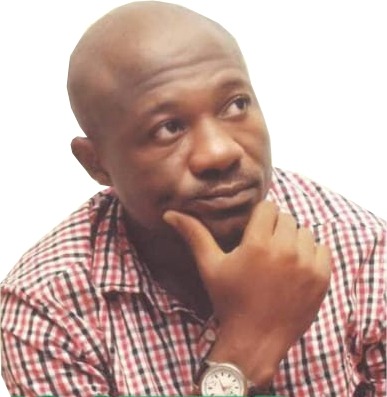 Mr. Chinedu Romanus Eze popularly known as Yagazie is the erstwhile leader of the legislative Council, Onitsha North LGA, former executive assistant to the Anambra State governor on Community liaison. In addition to that, he is also the Convener of Yagaziere Soludo Mandate Movement. He spoke with ANAMBRA PEOPLE recently about the newly inaugurated administration and sundry issues, excerpts;

IT IS MORE THAN A MONTH SINCE SOLUDO ASSUMED OFFICE AS THE GOVERNOR OF ANAMBRA STATE, HOW WOULD YOU RATE HIS ADMINISTRATION SO FAR?
My assessment about the new administration is wonderful. The governor as a matter of fact is meeting up to expectations. If you look at what happened a day after his swearing-in, he went straight to Okpoko in Ogbaru Local Government Area and most of the things he promised the people over there, he has started the implementation. I think the governor is doing well so far and he will obviously be the best governor not just in Anambra State but in Nigeria. That is my own assessment for now.

WHAT PART OF HIS INAUGURAL SPEECH WOULD YOU SAY CAUGHT YOUR FANCY?
What he said about security is important. In that direction, he has started putting things on ground and same can be said on environment. As a leader, one of the most important things you can give your people is security. One of the first appointments he made after his inauguration was a security adviser who is a retired air vice marshal and that is to show you he means business in terms of security. He didn’t go for a politician but he went for an expert.

APART FROM SECURITY, WHERE WOULD YOU LIKE HIM TO FOCUS HIS ATTENTION IN THE FIRST 100 DAYS OF HIS ADMINISTRATION?
The new administration should work to improve our roads and make them a lot better for easy movement. He has started because immediately after his swearing-in, he went to Onitsha to get a first-hand glimpse of the state of our roads in the commercial nerve center and he promised to give them attention in no distant time. Aside road construction, he also needs to focus on policies that can put smiles on the faces of people. For instance, 98% of Ndi Anambra are happy that he has stopped agberos from operating in the state. So, having done that, if the governor can set up an enforcement team to make sure that agberos do not return to our markets again, I think that will be one of Soludo’s landmark achievements, so people can go to market and buy goods without harassment. In other words, he should focus on security, road construction, infrastructures that will move the state forward as well as ensuring a clean environment because without a clean environment, the entire society will be in danger. There are other areas the governor needs to work on but I think it should be one after the other.

WHAT IS YOUR TAKE ON THE APPOINTMENTS THE GOVERNOR HAS MADE SO FAR?
If you look at the first three appointments he made, he first of all retained the SSG and that is on merit. He appointed a Chief of Staff, a young man who previously held a political office in London and I am sure he was recommended to the governor because he seeks the best for his cabinet. He also made a good choice in the appointment of the deputy Chief of Staff who also happens to be Chief of Protocol, a young man who is humble, sees the interest of people as priority and loves people more than he loves himself. I must commend the governor for these appointments. On the commissioners and heads of agencies, if you look at the lists, you will see that the governor knows what he is doing, he consulted widely before making the appointments and I am convinced that they will not disappoint him and Anambrarians. So I am comfortable with the people he has appointed so far.

HOW DID YOU RECEIVE THE NEWS ABOUT SOLUDO’S PROMISE TO CONDUCT LOCAL GOVERNMENT ELECTION?
There is need for local government election so that people at the grassroots can choose the people that will represent them and feel the impact of government more. It is a step in the right direction for the governor to promise to conduct the elections and I am sure he will do it.

FROM ALL YOU HAVE SAID ABOUT SOLUDO’S GOVERNMENT, COULD CHOOSE ONE WORD TO DESCRIBE THE KIND OF GOVERNMENT HE WILL RUN?
He will run an inclusive government and everybody will be carried along. I am not saying this because I am an APGA stakeholder. Just recently, the former governor of the state and a PDP member, Mr. Peter Obi declared his ambition to run for president at the Anambra Government house controlled by an APGA government, how many people can allow that? If you look at Prof. Soludo’s appointments, you will notice that it is not based on party affiliations and that shows that he will carry everybody along.

NDI ANAMBRA ARE EXPECTING A LOT FROM SOLUDO, WHAT ADVICE WOULD YOU GIVE TO NDI ANAMBRA ON THE BEST WAY TO FOLLOW THE GOVERNMENT?
It is funny and that reminds me of what happened when Soludo was declared winner of the gubernatorial elections. Somebody called me and said that once the governor gets inaugurated, he would give out one million naira loan to each of the traders without interest. I laughed because no government can do that considering the massive number of traders in Anambra State and the funds available. That shows you the level of expectations Ndi Anambra have for this government. My advice to Ndi Anambra is to remain law abiding by paying their taxes and continue to support the government, by so doing; it would be easier for government to meet up with their expectations.

YOU SERVED AS SOLUDO’ VICTORY CUP CHAMPIONSHIP LOC CHAIRMAN, WHAT ACTUALLY DID YOUR TEAM WANT TO ACHIEVE WITH THAT TOURNAMENT?
The tournament started in January and ended on the 12th of March. The purpose of that tournament was to harness the talents of the young people. We know that one of the ways to engage the youths and make sure that they are carried along is through sports and that was the reason behind the football tournament. I can tell you that the youths were happy and engaged throughout that two months of the tournament and a lot of talents were harnessed. The championship also had a lot of people in attendance including FIFA agents and the purpose was that at the end of the competition, some of them will begin their football career in Europe, America or even here in Nigeria. I see the tournament as catalyst for reviving sports in Anambra State. 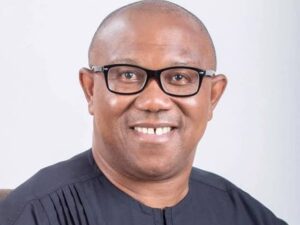 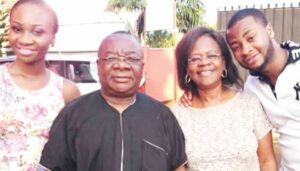 July 11, 2022
My Mother’s Death Taught Me that Life is a Gift- Chidiogo Akunyili-Parr, Dora Akunyili Daughter 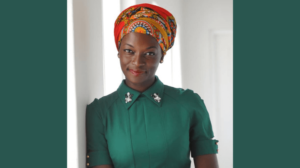 My Mother’s Death Taught Me that Life is a Gift- Chidiogo Akunyili-Parr, Dora Akunyili Daughter