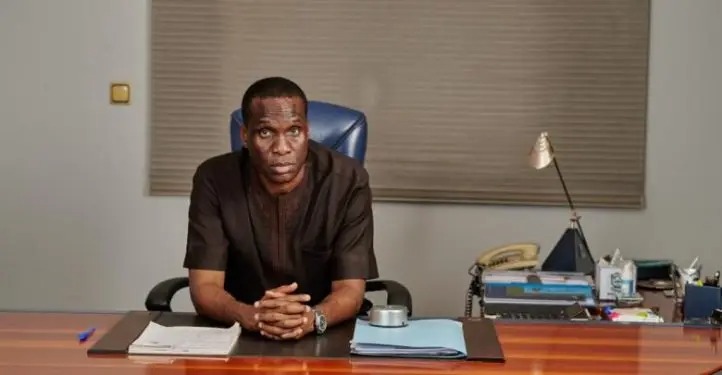 Fidelis is a 56-year-old media entrepreneur who hails from Umueri in Anambra state, Nigeria. His father was a Police Officer (junior rank) before his untimely death at age 52. He lost his mother in the year 2021 and gave her a befitting burial which was attended by the high and mighty including Prof. Charles Soludo, governor-elect of Anambra state (as he then was).

He has seven siblings: four (4) brothers and three (3) sisters. One of his siblings, Emma Anosike was a senator of the Federal Republic of Nigeria and running mate of Prof. Chukwuma Soludo during the 2010 governorship election.

He graduated from the University of Benin where he studied Creative and Applied Fine Arts from 1985 to the year 1990 and bagged a Bachelor of Arts degree (second class Upper-division). He also holds a certificate from Harvard Business School.

Fidelis was previously married to Chioma. She is from Orlu in Imo State, southeastern Nigeria. For some inexplicable reasons, he divorced her and then got engaged to Rita Dominic in 2021.

He is the founder of Folio Media Group, a multimedia company that owns Nigeria’s oldest newspaper, Daily Times Nigeria; a company founded in 1926.

In 2018, Fidelis and his brother, Mr. Noel Anosike, were charged to court by the Federal Government of Nigeria (FGN) with allegations that he may have acquired Daily Times through fraudulent means. The FG alleged that he and his brother did not follow the legal process when buying the local newspaper.

His lifestyle is stylistic in nature. Anosike holds luxury automobiles and has assets scattered all over the country and overseas. He is not the type that boosts his possessions despite his wealth.