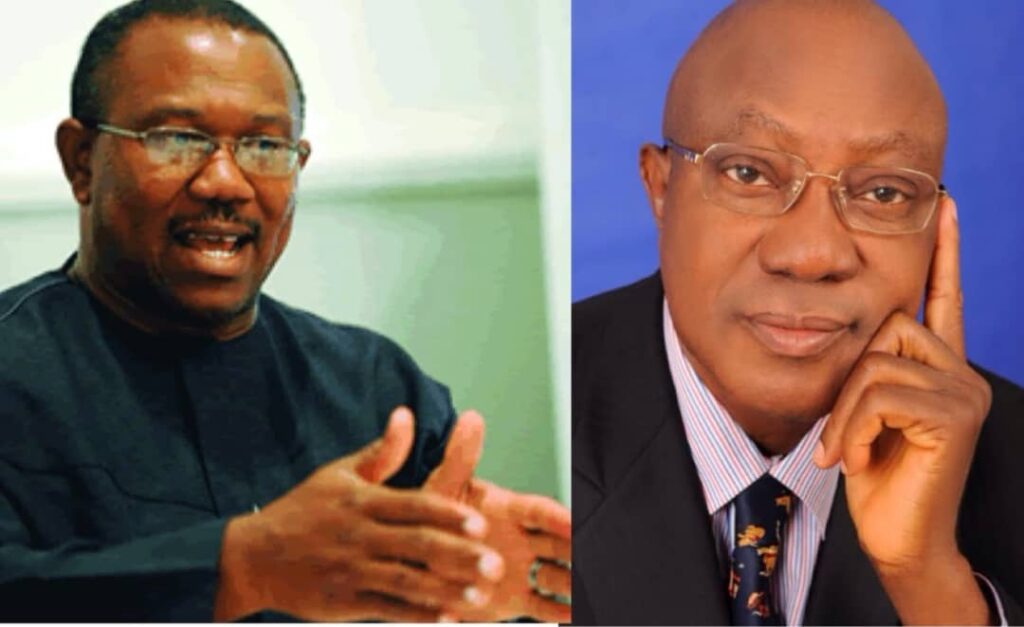 Sometime in August of 2012, I visited Peter Obi at the governor’s lodge at Awka. He was still the governor of Anambra State then. He actually invited me for an important discussion.

I was ushered into his living room without any fanfare. He sat there all alone, waiting for me. He welcomed me warmly. Half way into our intense discussion I reminded him that he hasn’t offered me any kola. I had to remind him because I was actually feeling thirsty and too, I needed a break. He said: ‘Oh I’m very sorry. I have wines, all types, or are u one of those who drink champagne? I told him that I drink Guinness stout.

He said ‘Oh wonderful. That’s what I also drink’. He went to the fridge by himself and brought one big bottle of Guinness, with two glasses. I waited, thinking he was going to bring another bottle for himself. But he sat down and was about to open the bottle when in my innocence, i asked him if the one bottle was meant for both of us.

He told me that ‘one big bottle is Cheaper than two small bottles, yet two of the small ones equal one big bottle, in volume.’ In my shock, I managed to inform him that I drink two bottles of the big one whenever I want to drink. So I saw no rationale in his computation. Then Peter started to lecture me.  He told me that at my age it is not healthy to be drinking more than one bottle. Again that the money I spend for the second bottle is sheer waste.

He told me that if I didn’t know what to do with the money for the second bottle, I should as well give it to charity. According to him, there are so many people out there on our streets, desperately in need of help. He left me with that big bottle anyway, and went back to the fridge to bring a small bottle of Guinness for himself. Needless to complain that he didn’t offer me any second bottle by the time I left, after our long and intensive meeting.

Since then, I will always feel a tinge of guilt whenever I am about taking a second bottle of Guinness, since according to Peter; it is not healthy for my age. I know he is right anyway.  Again, after several more interactions with Peter, I learnt some important lessons about him.

Peter is not stingy, as some people who claim to know him well will try to make others believe. Peter abhors waste. He understands the value of money, so he does not practice Father Christmas. Peter hates frivolity and stupid show of affluence. Peter loathes primitive exhibition of wealth, especially the ill-gotten and ungodly types.

Finally, Peter is a good manager of resources, and he will multiply whatever that is entrusted under his care. If all of the above are descriptions of a stingy person, I will also want to be described as stingy.

I rest my case.