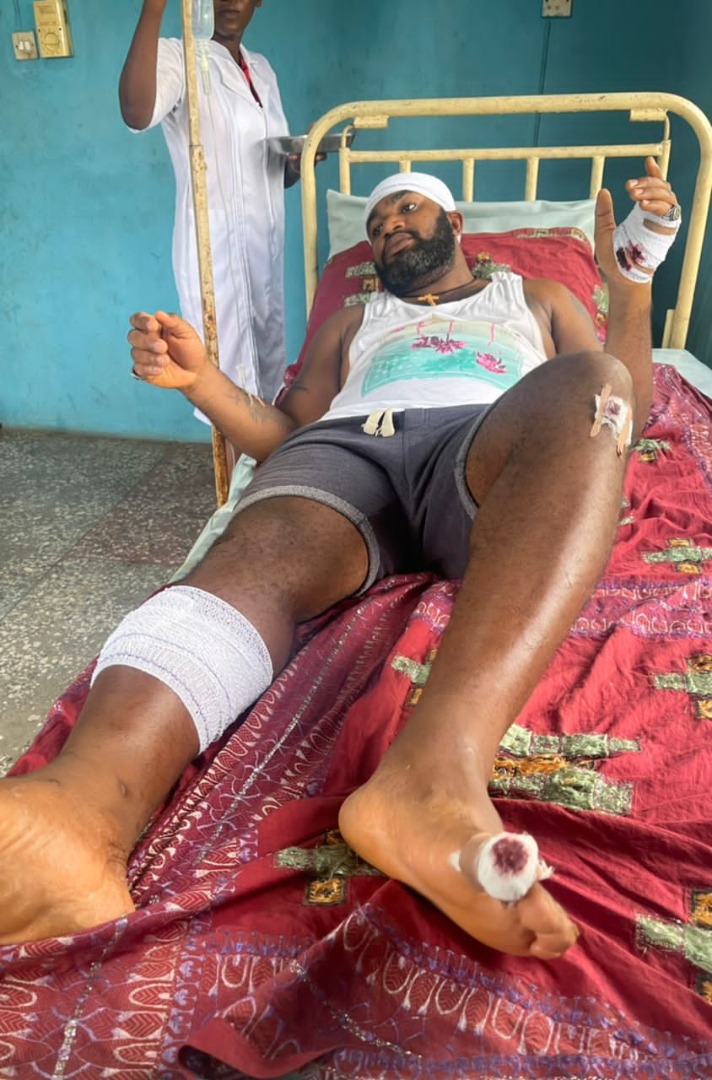 A 36-year old Nnewi son, who is based in Turkey, Mr Chinedu Arinze narrowly escaped death at the weekend in the hands of operatives of the Police Rapid Response Squad (RSS) in Nnewi, Anambra State, ANAMBRA PEOPLE reports.

Trouble allegedly started for the Turkey based who just visited Nigeria when he went to a Magistrate court in Nnewi for an affidavit of his sibling who intends to travel out of the country soon.

A prominent legal practitioner based in the commercial town who wouldn’t want his name in print, was said to have sent a petition to the police that the 36 year old Arinze is a member of the Indigenous Peoples of Biafra(IPOB) and a kidnapper.

According to Arinze, “I was in company of my father at the Magistrate court to get affidavit for my younger brother. While we were there, the lawyer handling my father’s case over a land dispute called that the case would hold at Nnewi High Court 2.

“We naturally decided to go there. But while we were there, I saw the person we had a land issue with in company of his lawyer pointing at me. I didn’t read any unusual meaning into it until a team of Rapid Response Squad from the Nnewi Police Area Command swoop on me and started beating me and even threatened to shoot me if I don’t cooperate.

“They accused me of being an IPOB member and a kidnapper, they dealt heavy blows on me, and clubbed me seriously. These officers almost blinded me.

“They kicked me on my private part and even hit me with objects that nearly crippled me. It was when we got to the police station that I was told that the lawyer of my father’s opponent in the land matter petitioned that I have been threatening her.

“Unfortunately, I have not had any dealing with the lawyer for anything, so when the police discovered that she lied against me, they apologized and released me. “, the youngman recounted.

He said that he expected the police officers to at least book the lawyer and see the culprit picks his medical bills in the interest of justice. But that nothing like such was done.

He said he had to return home and went to the family hospital to nurse the serious injuries the police squad of ten men inflicted on him.

His father, Dr Eugene Obunike Arinzechi revealed that the matter actually started in 1984 and that his opponents have been trying to kill his son by all means.

That over 30 different cases is pending in courts with his opponents over the land dispute. He cautioned that his opponents should be held responsible if anything untoward happens to his son or any member of his family.

In his reaction, The Okpala-Nnewi, Chiagozie Osunkpo (Akajiofor Nnewi) in whose palace the press briefing took place noted that the land matter actually started in days of his father and that the case was settled in 1988 “the Nnewi way” at Agbalor but that the opponents of Dr Eugene Obunike Arinzechi still decided to go to court over the same matter.

When contacted, the Police Public Relations Officer (PPRO) of Anambra State Command, Tochukwu Ikenga (DSP) said he didn’t have any information on the matter, but promised to make enquiries and get back to our reporter.