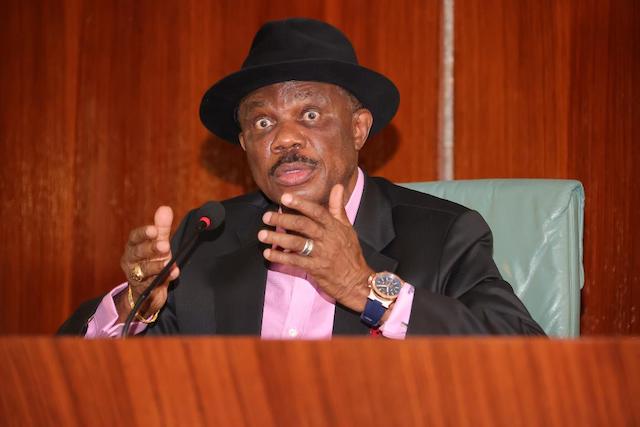 Former Governor of Anambra State, Chief Willie Obiano, has reacted to videos of himself and his family having a good time in the United States, which trended on social media recently, ANAMBRA PEOPLE reports.

In one of the videos, the Obianos were seen partying in a cruise ship while on vacation with several white people. Obiano was filming the event, while the second one showed the family celebrating a giant chicken in their US home.

Many people had condemned the former governor for the video, accusing him of looting the state treasury before leaving for US to enjoy with the people’s collective patrimony.

But in a reaction to the videos, Obiano, while speaking through his publicist, Mr. Tony Nezianya, explained that the vacation was paid for by Obiano’s daughter, after he underwent intensive treatment in the US.

Explaining the video, Nezianya said: “Chief Obiano, his wife and son did travel for vacation after he received seven weeks of intensive medical treatment in the United States.

“The trip was paid for by his daughter, a medical consultant in the United States, who was overjoyed that her 67-year-old father could undertake such heavy and exerting treatment without serious complications.”

He stated that Obiano’s home in Houston, Texas, was acquired before he joined partisan politics and won the governorship race of Anambra State in 2013.

“He bought it after serving for 12 years as the Executive Director of one of Nigeria’s top five banks. All his assets in Nigeria and abroad were stated in his Assets Declaration Form provided by the ICPC,” he publicist stated.

Nezianya was obviously reacting to insinuations that Obiano may have bought the home after his tenure as Anambra State governor and with state funds.