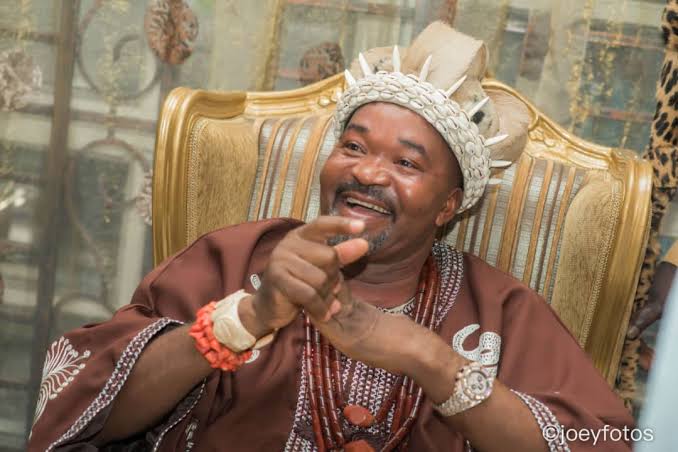 Despite the deployment of huge detachment of police and military men, as well as ban on acclaimed traditional ruler of Awka, Obi Austin Ndigwe, he has insisted he remains the Ezeuzu III of Awka, as he threw open his gate less than 24 hours after the announcement by the Anambra State government, to welcome guests to the Otite Awka 2022 (Awka New Yam Festival 2022).

Marked by march-past and solidarity rallies inside the palace on Sunday, the embattled monarch thanked guests in the face of threat and assault. He said: “I’ll fight with the last pint of my blood to make Awka Town recognised by any government, and not be intimidated by it.”
The monarch, who described Governor Chukwuma Soludo as his personal friend, urged him to work harder to develop Awka, being the seat of state government, if he expects Awka people to support his administration.

He urged the governor to leave him alone to run the affairs of Awka people. He likened his royal position to that of the South East and the Chairman of the Traditional Rulers Council and Obi of Onitsha, Alfred Achebe, who, he alleged, rules his domain as the traditional ruler without a Certificate of Recognition and intimidation by government.

The speech rounded off the 2022 Otutu celebration in which Anthony Malik from Auchi was recognised as Dikeora Awka), the governorship candidate of Rivers State on the platform of African Democratic Congress (ADC), TontiI Braye as Ezeudo Awka and Igala -speaking community leader in Anambra, Ali Yakub, as Agunechemba Awka, as well as the monarch’s handover of the symbol of authority and other paraphernalia to his son, Chukwuezugo Jnr.

The security operatives had, Saturday, forced their way and cordoned off his palace, stopped passersby and guests from accessing the route to his palace, shut in the already-seated guests, including monarchs, dignitaries and journalists from the South East.