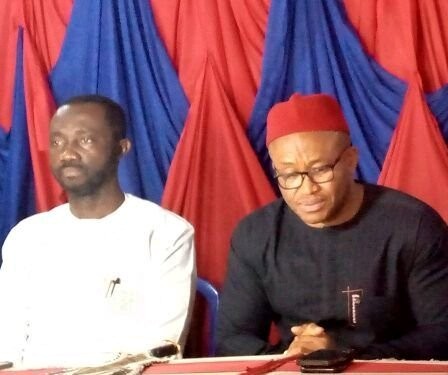 Umeadi made the promise while addressing the members of the Nigeria Union Journalists (NUJ), Anambra State Council, at the secretariat in Awka, Godwin Ezeemo International Press Centre.

He said that he has the requisite knowledge, intellect and energy required to represent the good people of the zone, saying that he had adequately prepared himself for the job.

“I am assuring you that with me as a senator, you will have a senator with a difference. I am going into the senate to bring the desired change the people need.

“We have been having people who have been unleashing hardship on the people. They promised what they have no intention to do. It is time we stop these people who promise what they cannot do”, he said.

Umeadi said that he was not impressed by the performances of those who had represented and still representing the zone; hence, his resolve to come into the race and change the narrative.

“I am worried that people asked for school fees of about N20,000. I have a foundation to reach out to the poor, especially the brilliant ones who have good results but no money to train them.

“I have my foundation. We use it to empower the youths, reducing the poverty in the communities and also treating people with health challenges. There is a limit one can do as an individual. I think I can do more as a senator.

“I am not worried or interested about those people manipulating the electoral process to win elections. Our people are now politically educated and they will vote right this time during the election”, he said.