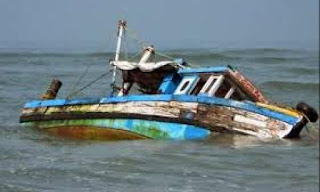 The International Society for Civil Liberties and Rule of Law (Intersociety) has called for expert enquiry into the boat mishap that occurred at Ossomala/Umunankwo area of Ogbaru Local Government Area of Anambra State on Friday that “took the lives of about 81 persons”, ANAMBRA PEOPLE reports.

Intersociety which made the call in a statement by its principal officers including Emeka Umeagbalasi, Chinwe Umeche Esq., Obianuju Igboeli Esq. and Chidinma Udegbunam Esq., also called for urgent rehabilitation of Atani-Ogwuikpele and Atani-Ozubulu roads.Recall that a boat with 85 passengers on board took off from Onukwu Bridge and was heading for Nkwo market, Ogbakuba when it unfortunately capsized at Ossomala/Umunankwo area of Ogbaru with about 81 people reportedly death.

Reacting to the incident, Intersociety in its statement on Monday said, “It is the position of the International Society for Civil Liberties and Rule of Law (Intersociety) that the tragic mass deaths on Friday, 7th Oct 2022 at Ossomala/Umunankwo area of Ogbaru Local Government Area of Anambra State are beyond a mere “statement of expression of sadness or shock and extension of condolences to the bereaved families” by Chukwuma Soludo-led government of Anambra State.

“Losing 81 defenseless and law abiding citizens of Anambra origin and residency in a day in such preventable or avoidable boat mishap is enough to fly flag at half-mast or declare a state of mourning and public holiday if the authorities of Anambra State are truly sensitive to the safety of the citizenry and conscious of the sanctity of human lives.

“Such Expert Enquiry should further provide the accuracy of facts regarding the environmental circumstances that caused the boat mishaps including the functionality capacity or capability of the two boats involved and the individual, industrial and Government activities around the over-flown River Niger and its adjoining tributaries including the Urashi and the Iyiowa Rivers.

“The activities to be expertly looked into must include waste management around the area such as dumping of refuse in drainages, gutters and other waterways; construction of buildings or other properties in waterways and criminal approvals granted by relevant past and present Anambra State Government officials.

“The capsized Boat, locally known as “Agidigbaoto” was loaded with 85 passengers, out of which 76 drowned and believed to have died and nine survived. This is according to the Anambra State Emergency Management Agency (SEMA) through its Executive Secretary, Chief Paul Odenigbo, a former Secretary to the Government of Anambra State.

“It was later found on Sunday, 9th Oct 2022 that 16 bodies of the 76 drowned defenseless citizens had so far been recovered In 60 others still unaccounted for. Intersociety also gathered that another “Flying Boat” had on the same day lost its speed and capsized leading to the death of about five defenseless passengers.

“Therefore, granted that the River-line areas of Anambra State including Ogbaru and its rural and urban areas of Ogwu-Ikpele, Akili-Ogidi, Obeagwe, Ossomala, Ogwuaniocha, Umunankwo, Ogbakuba, Ochuche, Umuzu, Akili-Ozizor, Atani, Ohita, Odekpe, Amiyi, Iyiowa, Ogbeukwu, Okoti and parts of Okpoko have been seriously affected by the raging 2022 flood menace, it is not enough for the present Government of Anambra State to ‘issue sympathy message’ or ‘offer bread and butter and blankets and mats’ to flood victims and go home and rest.

“The government of Anambra State is called upon to urgently commence rehabilitation of the all-important Atani-Ogwuikpele and the Atani-Ozubulu Roads so as to appease the death of 81 defenseless and law abiding citizens that died in the two boat mishaps.”