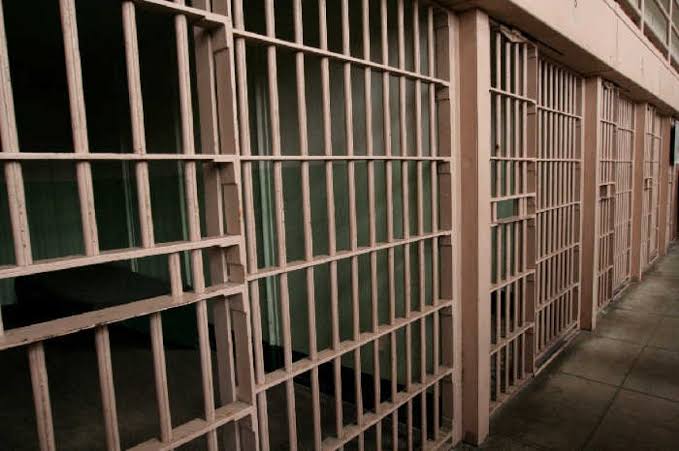 The popular saying that the “police is your friend” may not ring true anymore for five former detainees who spent six weeks inside the Onitsha Area Command police cell over allegations of robbery.

The victims: Ifeanyi Ezennakwe, 44, Somtochukwu Udemba, 21, Emmanuel Okeke, 24, Ifeanyi Ifere, 28, and Ifeanyi Ihekueaba, 21, said they were not robbers and had nothing to do with bearing arms but were actually caught in the web of power play and struggle for business interests between two Onitsha-based big men.

They narrated how the police arrested five of them on July 30 at the National Inland Waterways Authority (NIWA) motor park at the Bridge-head, Onitsha, as a result of a civil dispute over the control of the park by some popular businessmen.

They further recalled that they were arrested while doing their legitimate duty in the NIWA Park as employees of a popular transporter, alleging that their arrest was  instigated by someone in conflict with their boss. They further alleged that the area commander, John Ogbuabaka, personally led policemen under his command to raid the park, shooting into the air to scare people.

They said they were arrested on July 30 and detained in police custody until they were granted bail on August 1 and mandated to report at the station on August 3. According to them, when they reported, they were again hounded into the cell and arraigned before a chief magistrates’ court in Onitsha the next day, August 4.

They claimed that when the complainant discovered that the charges slammed against them, “conduct likely to cause breach of the peace,” earlier filed in the court by the police was not as grievous as he wished, he instigated and colluded with the police area commander to amend the charge to armed robbery.

Though the complainant and the area commander denied this when contacted, the former detainees alleged that, when, eventually, the robbery charge was slammed against them in the amended charge, the court adjourned the case and ordered that they should be returned to police custody, following serious objections raised by their defence counsel, led by Chris Ajugwe

Following a petition by their boss, the state’s attorney-general and commissioner for justice requested the commissioner of police in the state to forward the original case file to the office for legal advice in compliance with chapter 10 of Administration of Criminal Justice Law of the state, 2010, Section 160(1) of the extant law.

However, following the application by Ajugwe, Justice Odili, sitting as a vacation judge in Awka High Court, granted the detainees bail in the sum of N1 million each, with one surety each.

The accused persons were released from police custody on September 16, from where they headed to Onitsha General Hospital for medical attention.

Speaking to journalists from their hospital bed at Onitsha General Hospital,  they recounted their horrible experiences inside the police cell.

Ezennakwe, who spoke on behalf of others, alleged that, apart from contracting chicken pox, they also saw about five other detainees who slumped and died inside the cell as a result of severe torture that they were subjected to by policemen.

He further alleged that three of the deceased slumped and died right inside the cell, while two others died outside the cell.

He explained that the kind of torture meted out to the detainees included shattering their legs with bullets, flogging them with iron rods and big sticks as well as slapping and kicking them. He added that once any of the victims slumped and died, police officers would move the body to a morgue and thereafter tell their friends and relations who come to the station to see them that they were never in police custody.

He recalled in particular that out of the five detainees they counted dead while they were still in detention, three of them slumped and died in the presence of everyone right inside the cell.

“One of the last deaths that rattled the police was when an indigene of Onitsha was arrested, brought to the station and tortured in like manner.  He slumped and died at 2am and when his relations came to the station the next day to ask after him, the police started wagging their tongues and the bereaved family vowed to get to the root of the matter.

“Our stay at the police cell was terrible and a taste of hell fire.  For an offence we didn’t commit, we were dumped in the cell and starved thoroughly, except on rare occasions when we were served with moin-moin and polluted water.

“They didn’t allow our family members who brought food for us to have access to us with the food inside the cell except they bribed the police and this was our fate until we breathed the air of freedom from the cell where contagious diseases were spreading,” he lamented.

When contacted for his reaction, the Onitsha area commander, John Ogbuabaka, denied all allegations against him by the former detainees and also exonerated the complainant of any complicity and inducement in the matter.

Though he admitted that a detainee died in the cell within that period as a result of his medical condition when he was brought in, he said the five just framed those allegations to paint the police black.

The area commander, who recently got promoted to deputy commissioner of police, advised the parties to go and settle their matter, insisting that police only acted professionally in the matter without bias.

He said: “Let them go and settle their matter. Somebody hired them as thugs to go and eject the complainant from the park. I think they had a partnership over management of the park. But along the line, one obtained a court order, I think he feels that the other man was not giving proper account of the park, and the court ordered him to give proper account to his partner and report back to the court.

“But instead of these people to wait for the report of the revenue they were generating, they simply carried thugs to the place and wanted to eject the man forcefully. They were armed with dangerous weapons and forcefully collecting money from the workers.

“They were promptly arrested and charged to a magistrate’s court on holden charges but their lawyer made a presentation that the case was not robbery but the magistrate remanded them in police custody. But they could not wait and wrote to force headquarters and headquarters asked us to look into the case. In the interim, they also went to high court again to obtain an order to release them and they were released promptly.

“Their being detained here is by the order of the court and not by our own prompting. While in the cell, they may be fighting themselves inside and I wouldn’t know but we don’t have any case of disease outbreak or people dying indiscriminately in the cell as they alleged.”