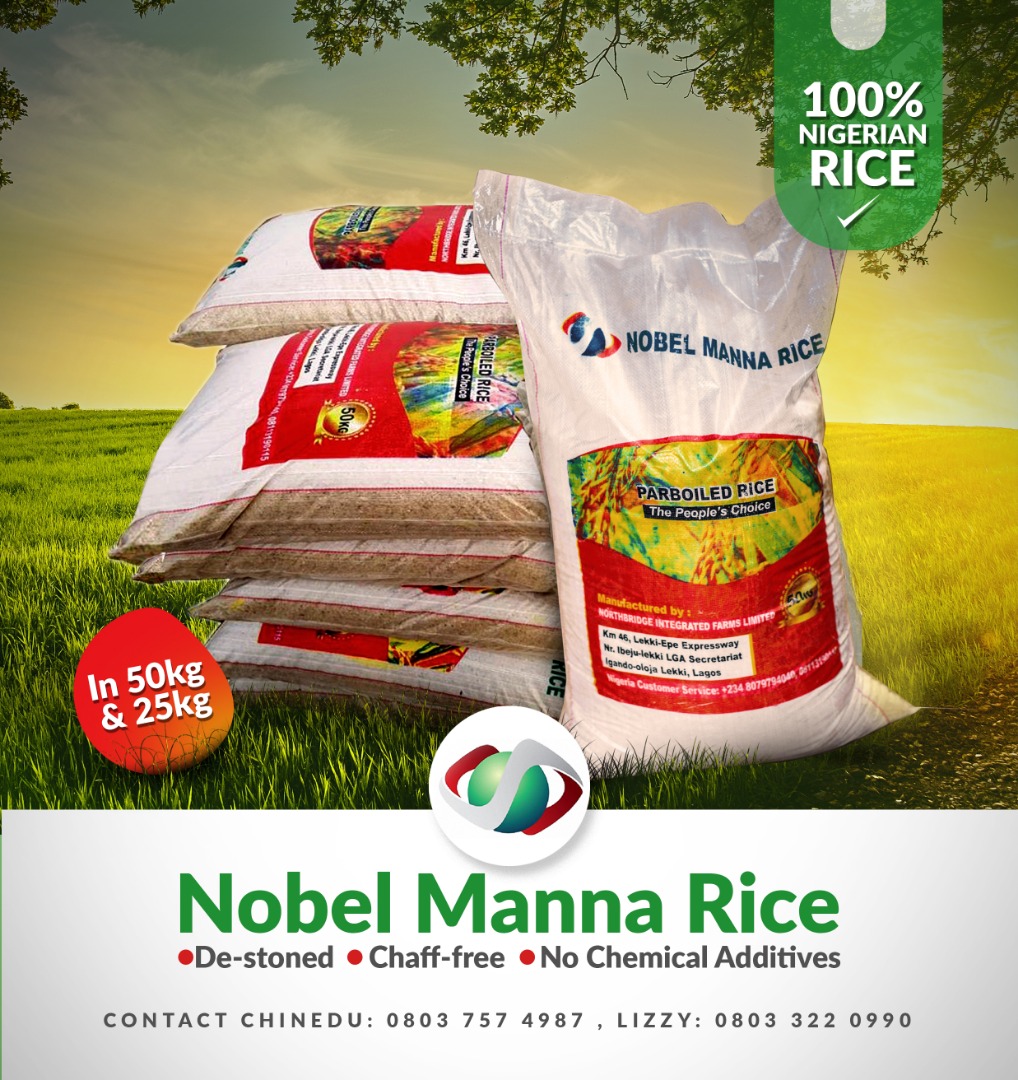 Rice, botanically known as oriza sativa, is one of the most consumed staple in Nigeria, with consumption per capita of 32kg. As at 2011, rice accounted for 10% of household spending. Unfortunately, Nigeria as a country is yet to attain self sufficiency in rice production since demand is yet to equal supply. The annual rice demand as at 2018 was 7million metric tonnes, while only 56% of this demand was produced in Nigeria, leaving a deficit demand supply gap of 44%. Rice farming in Nigeria is bogged down by low productivity, inefficiency in resource allocation, lack of access to improved varieties, poor rice processing facilities and production in the hands of small scale out-growers who rely heavily on traditional technology.

Anambra is a state in the south eastern part of Nigeria, a name derived from the famous Omambala river with a population of over 5 million people, a land blessed with natural resources of gas, crude oil, bauxite and ceramics, its soil is said to be almost 100% arable.

Anambra has a GDP of 10 billion dollars and a per capita of about 2000 dollars. A state that prides itself as the commercial hub of the country.

Anambra is the tenth most populous state in Nigeria, its land mass covers an area of 4,416 square kilometers with rain forest vegetation, humid climate and rainfall of between 152cm and 203cm per annum. Agriculturally, palm trees, corn, rice, yam, and cassava are its main cash crops.

It is crystal clear that Anambra State environment is so rich and fertile for agricultural purposes; however over the years, the main stay of the Anambra State economy has been trade and commerce, contributing significantly about 60% of its 10billion dollar Gross domestic product.

Rice production has remained quite low over the years in Anambra state, its production output was below 80,000 metric tons until about 6 years ago when the Anambra state government decided to aggressively invest in the agricultural value chain in order to change the narrative. The State Government realized the high potential agriculture has for empowerment and employment generation, food security and poverty reduction.

One of the major steps taken by the Anambra state government in 2016 was to key into the World Bank FADAMA project. A project designed with the federal government, World Bank and state governments. The Anambra State government identified key agricultural local government areas that are fertile for rice production. Ayamelum, Ogbaru, Anambra east and Anambra west were aggressively targeted. Farmers were organized in different co-operative and production clusters. The template designed for the rice value chain was holistic, it addressed funding, agricultural inputs, provision of machineries, provision of infrastructures, amenities, off-takers, processing. In the first one year, rice production in Anambra grew to 150,000 metric tons.  This bold move by the government and the World Bank support necessitated the entrant of the private sector players.

In order to facilitate easy attraction of big players in the industry, the State Government in its early days set up a Land Acquisition Committee to help cut the bottlenecks of acquiring large expanse of land for agriculture. The State Government also entered into partnership with Eforce Agro Development for the procurement and management of 100 tractors at Awkuzu Tractor Base.

By the year 2019, rice production in Anambra has hit 400,000 metric tons and opened up the sector for more players. Today the Coscharis group has built one of the largest rice mills in Nigeria. The group set up a farm, growing on 2500 hectares of land with a target of 5000 hectares in few years’ time just in the first phase of their plan.

It is estimated that the local consumption of rice in Anambra is about 300,000 metric tons per annum, while the target of the players is to produce about 600,000 metric tons of rice with the strategy to export. Anambra holds nearly 67% stake in the transport and logistics sector of the economy, a comparative advantage in critical analysis of the sector. Therefore, it is practicable that this can be leveraged on, in order to use Anambra as a rice production, processing and distribution hub.

Joseph Agro Ltd is another investor in the Anambra rice value chain, investing the sum of $150,000,000 for the rehabilitation of Omor Rice Mill with a destoner to improve quality and irrigated rice production at Omor and Ufuma, with an expected output of 100,000 MT and mill size of 120, 000 MT.

These investments created a huge demand for storage facilities which is one of the factors militating against food sufficiency in Nigeria. And so Grains and Silos Ltd is setting up grain silos in the State with an investment of $23.5m. Five hectares of land was allocated to the company at Nkwelle Ezunaka.

These sustained and deliberate policies of the State Government have catapulted Anambra to the front row of Nigeria’s food producing States. The massive investment by the State has culminated in branded Anambra rice which is consumed across the country. With this trajectory, Anambra is set to conquer the Nigerian rice market, make obsolete rice importation and lay a claim to rice market share in a few years in Africa.