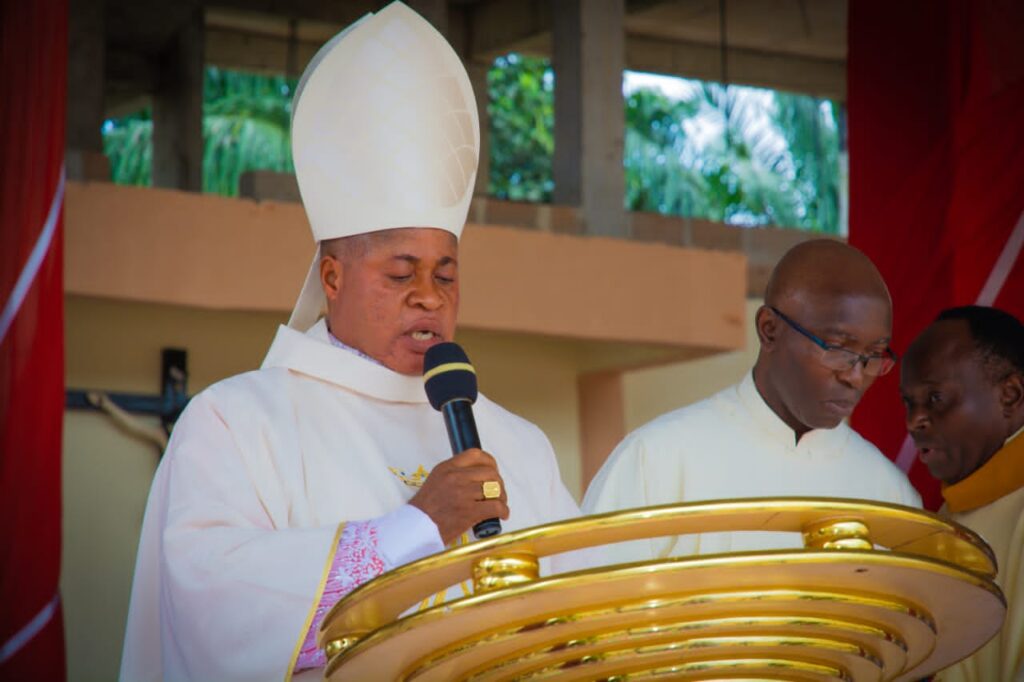 Governor of Anambra State, Professor Charles Chukwuma Soludo has expressed the optimism that the creation of Peter Ebere Cardinal Okpalaeke will bring about a new dawn in Nigeria, South East and Anambra State in particular.

Governor Soludo stated this during a reception mass for the Cardinal who is also the Bishop of Ekwulobia Diocese.

The Governor said that because the creation happened in very unusual time, it is marvelous to behold, stressing that it will become a point of contact for something new to begin to happen in Nigeria.

“Two Cardinals in Africa and one of them from Nigeria. There must be something spiritual about it. I pray that this creation will become a point of contact that something new will happen in Nigeria- the new ideas and courage to know the right thing to be done in Nigeria, South East, and Anambra State”, the Governor prayed.

Governor Soludo recalled the ordeals and travails of Cardinal Okpalaeke and ascribed his present status to the grace of God.

“We’ve come to celebrate the unusual grace of God. It’s very historic and nothing else would have made this possible than the grace of God. Ekwulobia is the youngest of the whole Dioceses in Nigeria and now the stone that the builders rejected has become the Chief Corner stone. It was made possible by only the Grace of God who prepared him in this way, for there is a blessing in every challenge. On behalf of the people of Anambra State i welcome all of you to this wonderful ceremony”. Governor Soludo further said

He concluded by thanking God for making the elevation a reality.

Speaking on behalf of all Catholic Bishops in the Country, President of the Catholic Bishops Conference of Nigeria, Archbishop Augustine Akabueze congratulated the new Cardinal reminding him that the elevation is a call to additional service in the Lord’s vineyard.

“I implore God to bless you. Always say no to retaliation and exhibit a positive and forgiving attitude in this your new assignment”, said the Archbishop.

Cardinal Okpalaeke who acknowledged his indebtedness to God for allowing him to be made a Cardinal in the Catholic Church, said, “since the announcement in May 2022 by Pope Francis, I have come to realize the fulfillment of God’s words in Isaiah 55:9. The news broke out while I was on a Pastoral visit at Nawfija, since then I have been in deep prayer to God, to enable me serve Him”.

“I am confident that the Lord will not abandon me on the way. Some of you made a great sacrifice to travel to Rome to witness the creation on 27th August. I thank you for that huge sacrifice and solidarity in the Lord. Together in the service of the Lord, we can make a huge difference”.

Others who were also present at the mass celebration include; the Chief of Staff to the Governor, Mr. Ernest Ezeajughi, Deputy Speaker of Anambra State House of Assembly, Dr. Paschal Agbodike, Senator Victor Umeh, Senator (Dr) Ifeanyi Ubah, Senator representing Anambra South Federal Constituency among others